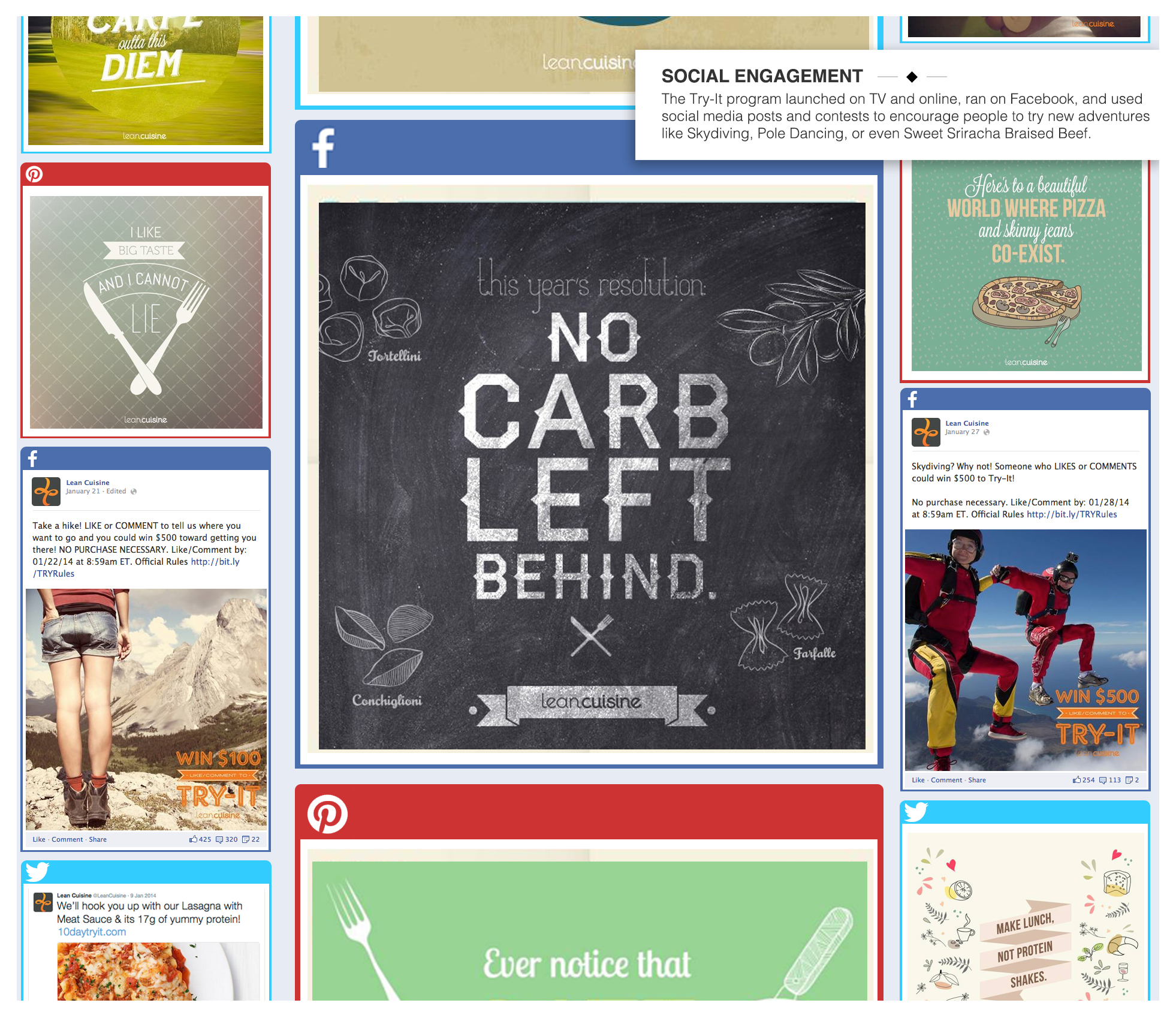 Diets are all about deprivation and giving things up, which is lame. That’s why we set out to encourage people to ditch their Diet and go on a Lean Cuisine Try-It instead.

The campaign launched with a TV spot and a series of online videos of kids talking candidly about how silly our diets are. Each one directed viewers to Facebook, where they could sign up for a 10 day Lean Cuisine Try-It. The Try-It and social media posts encouraged them to try new adventures, from pole dancing, to hang gliding, to Pomegranate Chicken. Try-Iters even had a chance to win cashola to take on their Try-It of a lifetime.

The videos received over 600,000 views during the first week and over a million during the campaign run. #TryIt became the number one trending topic on Twitter. Lean Cuisine’s category share grew at a time when other brand’s shares were declining. Our social engagement was higher than the competition combined… and thousands of people had successful Try-Its instead of depressing diets. Mission accomplished.